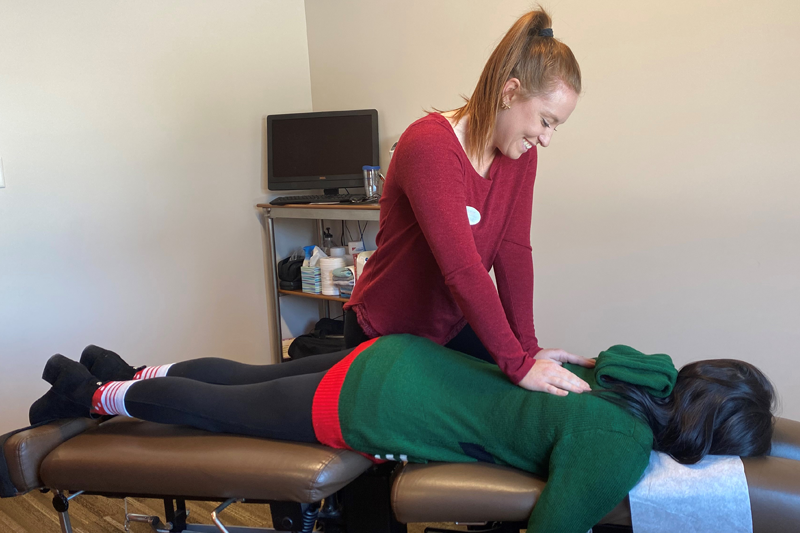 Dr. Katie Wood is originally from Oakley, California. She began her journey to the Midwest in her senior year of high school when she committed to play softball at the University of Missouri – St. Louis. During her time at UMSL, she was a member of the Pierre Laclede Honors College and received athletic honor roll all four years. She also competed on a team that won the GLVC championship three years in a row and received honors for First Team All-GLVC, Second Team All-Midwest Region by NFCA and Daktronics, and GLVC Player of the Week. She received her Bachelor of Science degree in Criminal Justice with a minor in Biology with Cum Laude honors. After speaking with a teammate, she decided to look further into and pursue a degree in chiropractic.

After visiting Logan College of Chiropractic in the Spring of 2015, she knew that pursuing a career in chiropractic in St. Louis was right for her. She received her Doctorate of Chiropractic in December of 2018 and joined the team at ProActive Chiropractic in January of 2019. While at UMSL, she met and fell in love with her wonderful Illinois native fiancé and will be getting married in October of 2019. She loves spending time with family exploring the St. Louis area during her free time. Dr. Wood specializes in Diversified, Thompson, Cox Flexion-Distraction, and soft tissue techniques. She is proficiency rated in the Activator Methods adjusting technique.

Maps were disabled by the visitor on this site. Click to open the map in a new window.