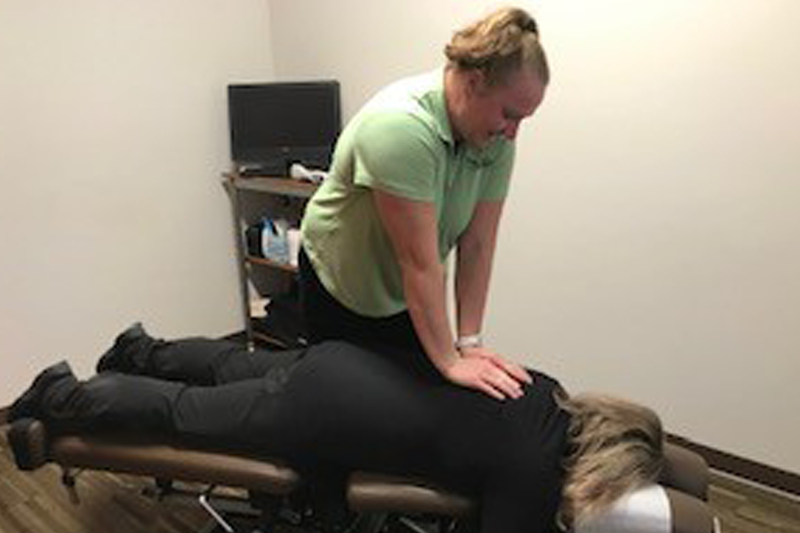 Dr. Heather Seaver was born and raised in Endicott, NY. She grew up being very active in many sports including tennis, softball, and basketball. But basketball took her to a new level where she continued to play at the collegiate level for the State University of New York at Geneseo, where she received her Bachelor of Science degree in Speech Pathology and Audiology.

After graduation, she spent five years working with K-5th graders on speech and language. During that time, running became a big part of her life, but she began suffering from back pain that limited her motion. With the help of chiropractic, she was able to pursue her passion for running and fitness.

Realizing the affect chiropractic had on her own life, she decided to attend Logan College of Chiropractic in Chesterfield, MO and graduated in 2004 with her Doctorate of Chiropractic degree. After graduation, she practiced in Saint Louis, MO, and completed course work for her ACE personal trainer certification and to become a Certified Kinesio Taping Practitioner.

Dr. Seaver has been a part of the ProActive Chiropractic family since 2008. During this time she has worked with many athletes in and out of the office on rehabilitation, core strengthening, personal training, and athletic training for De Soto high school.

Maps were disabled by the visitor on this site. Click to open the map in a new window.